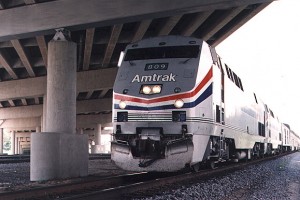 Amtrak and the Southern Rail Commission are conducting a tour along the Gulf Coast to consider new ideas for intercity passenger rail, the federal rail corporation said Monday.

The so-called Inspection Train will include 14 stops in four states, beginning Feb. 18 in New Orleans and concluding the next day in Jacksonville, Florida.

Amtrak President and CEO Joe Boardman will host elected officials, industry representatives, community leaders and federal stakeholders for the trip, which is being taken to examine the existing railroad infrastructure and to better understand rail’s economic, cultural and mobility opportunities.

The train will stop at each of the 14 locations for 10 minutes.

The commission recently released an Amtrak study that detailed the range of feasible service options and an analysis of ridership levels, projected revenues and related costs for passenger trains between New Orleans and Orlando.