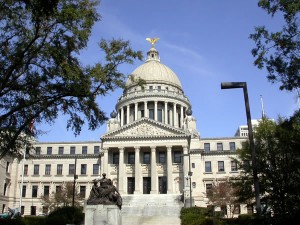 JACKSON – A comprehensive plan to improve highways and bridges across the state appears to be dead for the 2016 legislative session.

House Transportation Committee Chairman Charles Busby, R-Pascagoula, who was working during the past week on a broad-based plan to increase revenue for an infrastructure plan, said Friday members want to look for additional “efficiencies” in the Department of Transportation during the next year instead of voting on a tax increase.

“We couldn’t get the Republicans to support it,” said House Transportation Vice Chair Steve Massengill, R-Hickory Flat, who had made a highway and bridge improvement plan one of his top priorities for the 2016 session.

Massengill was not hopeful that transportation supporters can have any more luck in the coming sessions.

“If we couldn’t get something done this year, we probably won’t be able to during the rest of the term,” he said of the upcoming three sessions. “But we will keep trying.”

There is a possibility of issuing bonds for some highway maintenance work. But there was hope of developing a massive, multi-year plan during the 2016 session. The deadline for the House to pass a bill dealing with raising revenue for transportation is Tuesday.

Rep. Robert Johnson of Natchez said House Democrats will continue to try to craft a solution to the infrastructure issue during the final weeks of the 2016 session. House Democrats have proposed a $400 million per year increase in infrastructure spending primarily by rolling back tax break given to corporations in recent years.

Various groups, including the Mississippi Economic Council, have advocated for passage of a major infrastructure enhancement program this session. MEC, saying the current 18.4 cent-per gallon motor fuel tax is not producing enough revenue to meet infrastructure needs, is advocating for a $375 million annual increase for road and bridge improvements.

There has been talk of increasing the motor fuel tax and sales tax, as well as other proposals, to pay for a plan.

MEC released a poll Friday showing 85 percent of Mississippians support spending more on infrastructure and 61 percent would be willing to support new taxes. Waller said a similar poll in December revealed 53 percent support for increasing revenue for transportation, showing the momentum for a comprehensive plan is growing.

“I know time is short in the legislative session, but we will continue to work as hard as we can,” said Scott Waller, MEC executive vice president. “As long as we have an at bat, I will swing as hard as I can.”

In the meantime, House Ways and Means Chairman Jeff Smith, R-Columbus, said Friday he is still hopeful of passing some type of tax cut this session. The Senate has passed a $577 million tax cut for businesses and on personal income to be phased in over 15 years. For that proposal to be kept alive, the House must pass a tax cut by Tuesday.

As if there are not enough moving parts concerning potential state revenue, the House has passed a proposal to enact a lottery with half of the proceeds going toward education and half going for city and county road needs. But most believe the Senate will kill that proposal.